Ice Cream is the Number 1 Dessert in the World 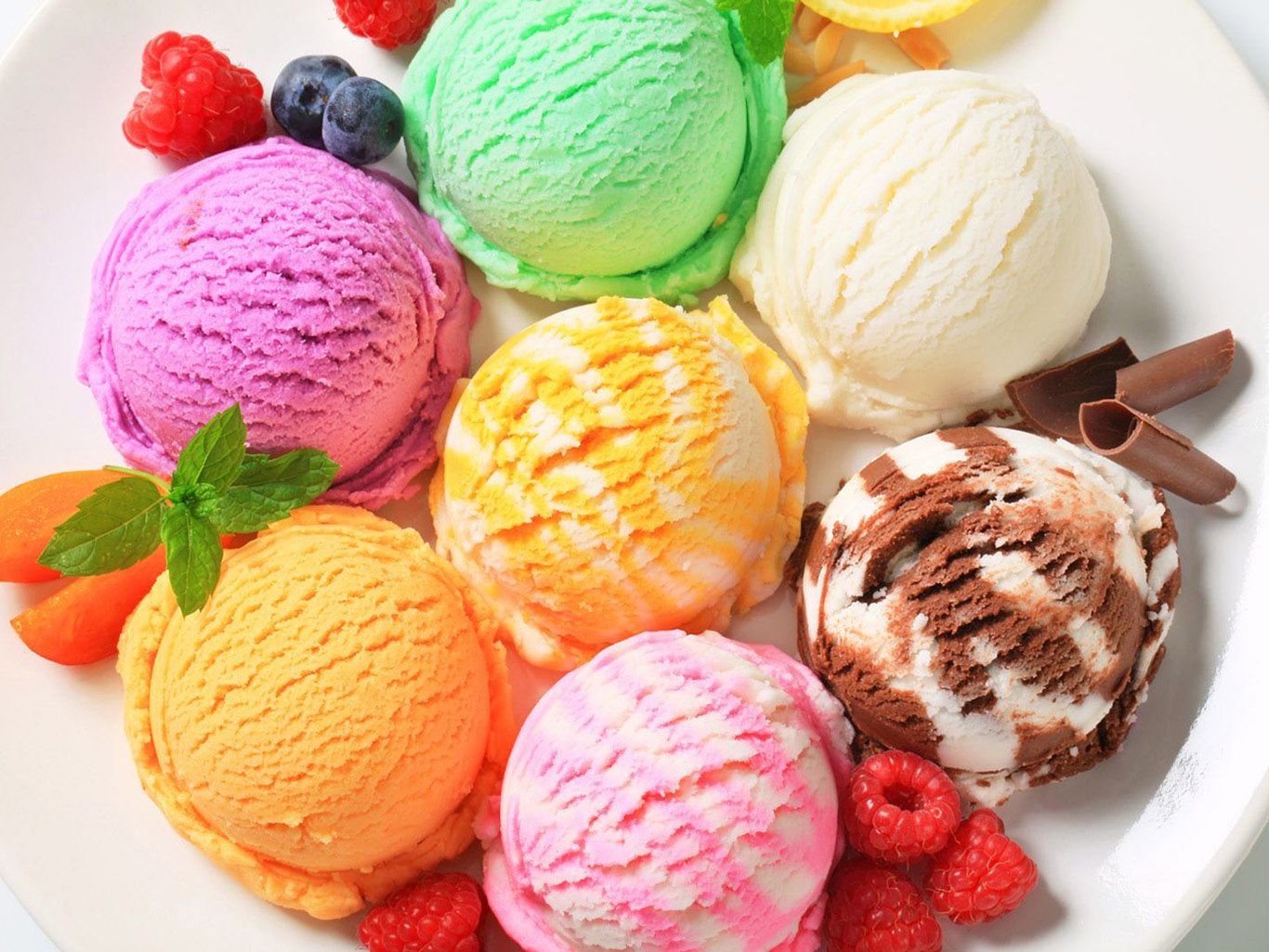 Ice cream is a popular dessert worldwide. People make it about 4 thousand years. Homeland of ice cream is China. The oldest known recipe is: berries, grains of pomegranates and pieces of sweet fruit mixed with snow and ice. But not everywhere ice cream was dessert. For example, Eskimos mixed with ice pieces of meat, lard and sweet berries. This dish is called okatak. There are many myths around ice cream. It is known that Emperor Nero sent slaves to collect ingredients for ice cream high in the mountains. These were nuts and roots, but which ones are not known. Marco Polo brought from China to Europe ice cream recipes in the XIII century. Some recipes quickly became popular. One of these desserts is sherbet, a kind of soft ice cream. This recipe was popular with several royal courts. Ice cream has long been a delicacy of the rich. Industrial production of ice cream began only in the XIX century. Now it is an affordable and popular product, the number 1 dessert in the world. But most of all the ice-cream is eaten by Americans: an average of 21 kg of ice cream per year. Other countries lag far behind. For example, in Sweden this figure is 13.4 kg, Denmark - 7.7, and in Russia only 2.1 kg per year.

I can not tell you everything I want about ice cream at one time. But I'll start at least. Nowadays new tastes of ice cream are constantly created, but its main types are hardened, soft and cold milkshakes. And the main forms of ice cream are ice cream on a stick, in wafer cups and horns, in paper and plastic cups, briquettes, cakes, sherbets, fruit ice, loose soft ice cream, cocktails.

The most popular is the ice cream containing cow's milk and its derivatives - butter, cream and sour cream. Creamy ice cream is bought more often in the form of a filling, less rarely - in the form of chocolate ice cream. The second most polarized type of ice cream is without milk, with fruits and berries. 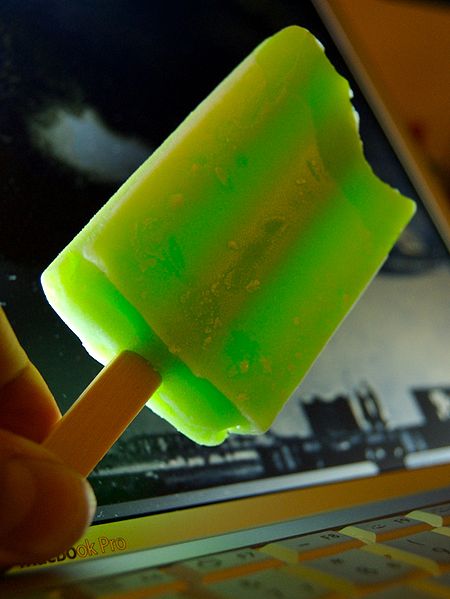 So, for the production of ice cream, cow milk, cream, sour cream, sugar, butter, cocoa are most often used. The ingredients are mixed until homogeneous, pasteurized, cooled first to + 4 ° C, flavoring is added, then freezed to - 4 or - 7 ° C, sometimes at this time it is saturated with air. It turns out soft ice cream. To make hardened ice cream, the mixture must be quickly frozen to low temperatures (-25 to -35 ° C). Due to the speed of freezing, no excess ice forms. Pasteurization and freezing are sterilizes ice cream.

Ice cream is often poured with fruit and chocolate syrups, sprinkled with chocolate and nut crumbs, and tempered with glaze. 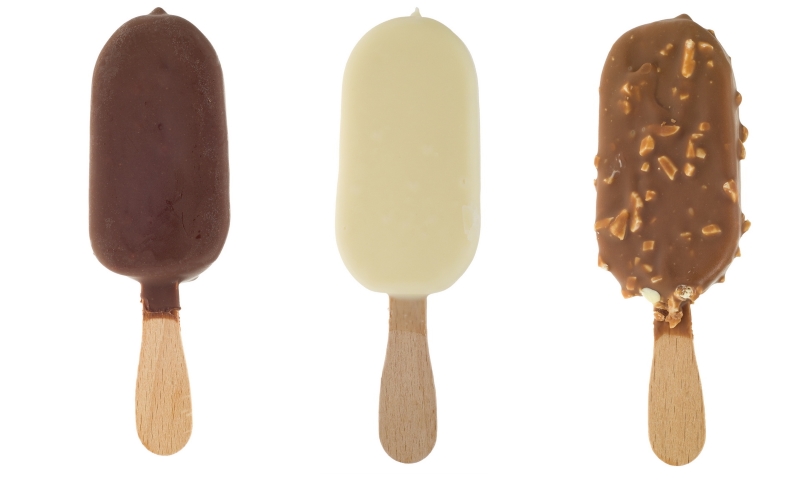 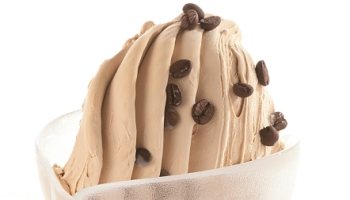 In some types of ice cream, there are chicken eggs. But such an additive slightly shortens the shelf life of ice cream, so eggs are not often used by producers. And when making ice cream at home, the addition of chicken eggs is quite popular. And at the very beginning, ice cream was a product of domestic production.

The device for making ice cream was invented by the housewife Nancy Johnson in 1846. It required salt and ice, and the freezing mixture was mixed manually. In the outer compartment of the freezer, the temperature decreases, in the inner drum, which turns, a thick ice cream is created. The blades break the ice.

In 1919 the first electric freezers appeared, which began to do without salt and manual mixing. Each country has its own popular ice cream producers, offering classic and very original recipes. In the US, for example, well-known manufacturers - "Dreyer's" (from Nestle), "Baskin Robbins", "Graeter's". 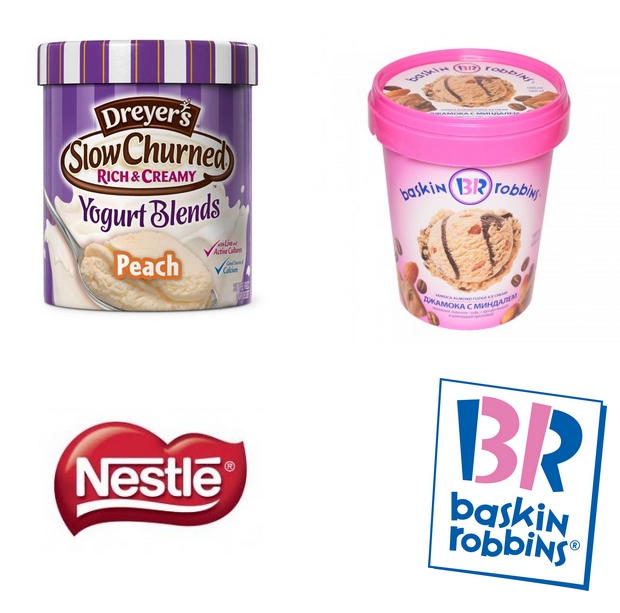 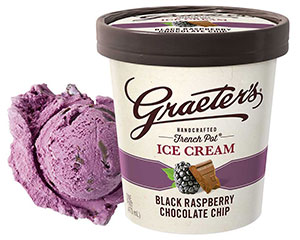 Some varieties of ice cream are usually called desserts with ice cream. For example, Sunday desserts. They appeared in the USA, they consisted of soda and ice cream (ice cream soda). Invented him that the people of Illinois could indulge themselves with ice cream and on Sundays, when by law the use of ordinary ice cream was prohibited. According to other American laws, ice cream in the dessert with the addition of other ingredients was no longer the main product, because of what this product was not considered ice cream. In the neighboring state of Wisconsin, which contests its primacy for Sunday's dessert, there is a plaque in honor of the invention of treats. 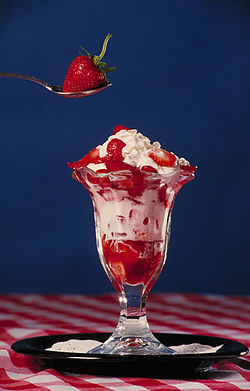 To be continued (I'm going to eat a little ice cream, and then there are no more strengths :))